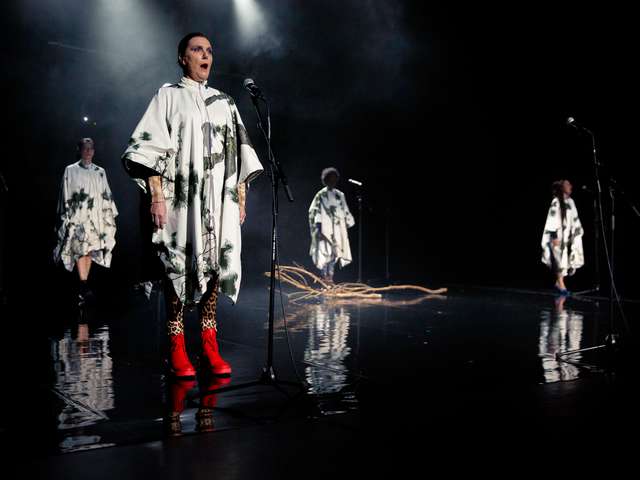 Demeter Calling is a concert performance in which an all-female cast from diverse backgrounds, including director Sanja Mitrović, channel voices of sisters dispersed across the gulfs of geography, ethnicity and culture. 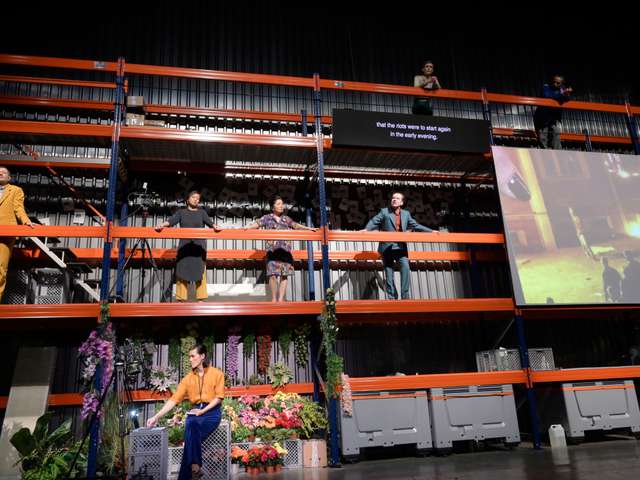 What defines a German citizen? How does the relationship between citizens and immigrants in German society change under shifting political conditions? 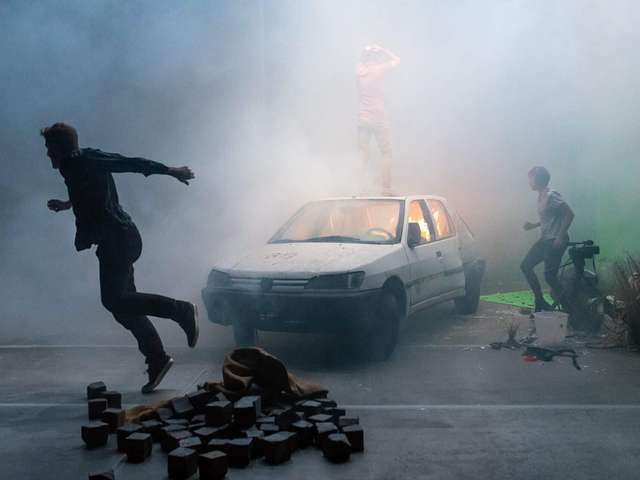 My Revolution Is Better Than Yours (2018)

Performance with 5 actors in a film set studio set up

In May 2018, half a century will have passed since the riots and strikes in France created one of the most iconic cultural landmarks of the XX century. 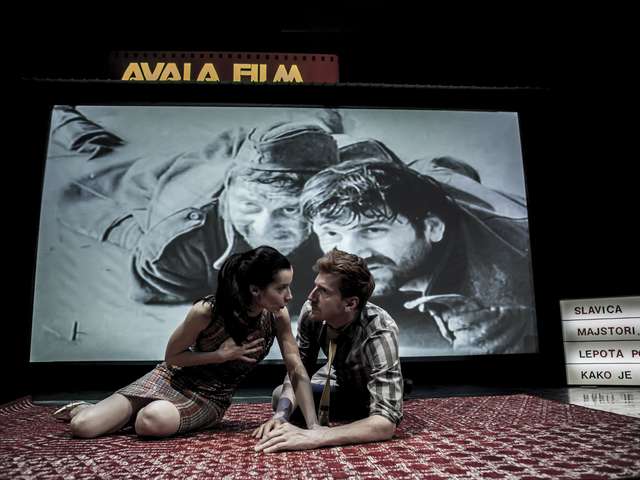 An autobiographical performance with two actors, one screen and 57 movie inserts

In Comrades, I Am Not Ashamed of My Communist Past acclaimed theatre director Sanja Mitrović and renowned Serbian actor Vladimir Aleksić address the recent history of the Socialist Federal Republic of Yugoslavia, a country which now exists only in imagination and memory. 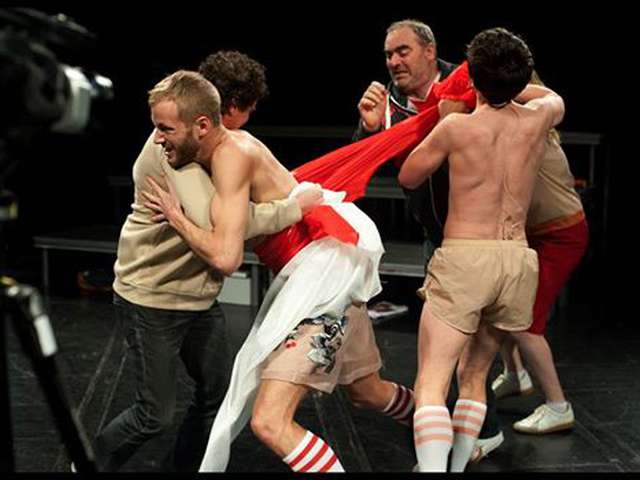 Two worlds – football and theatre – with seemingly not much in common. One is opium for the masses and a multibillion-dollar industry, whose legions of supporters and their network of organisations often act as a litmus test for society’s repressed mores: from nationalism and xenophobia to political violence and civil wars. Theatre, on the other hand, is one of fine arts whose liberal and enlightened ethos allegedly stands as counterbalance to such dangerous tendencies. What could ensue from a meeting of these two worlds? 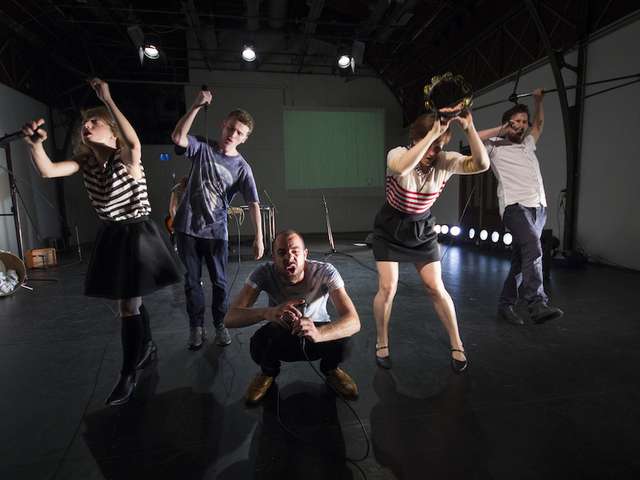 What images from our personal and collective histories are embedded within our physical and mental memory? In an era of incessant circulation of images, everything we see comes with a sense of déjà vu. But which “meaning” of an event becomes a memory – our experience of it or an image that constitutes its ultimate proof? 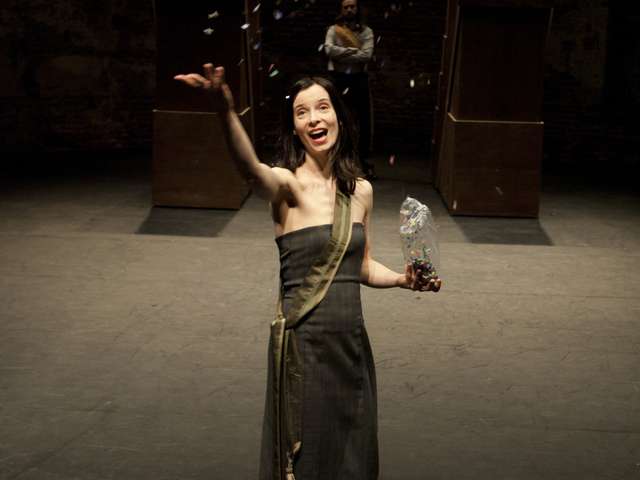 In SPEAK!,Sanja Mitrović continues her exploration of various systems of communication. The meaning, effects and the manipulative potential of language have consistently played an important role in her practice as performer, theatre director and choreographer. Mitrović is attentive to the specific and often ambivalent power of public speaking – both as a performance act and as a historical event that, at certain moments, can fundamentally influence the society in which we live. 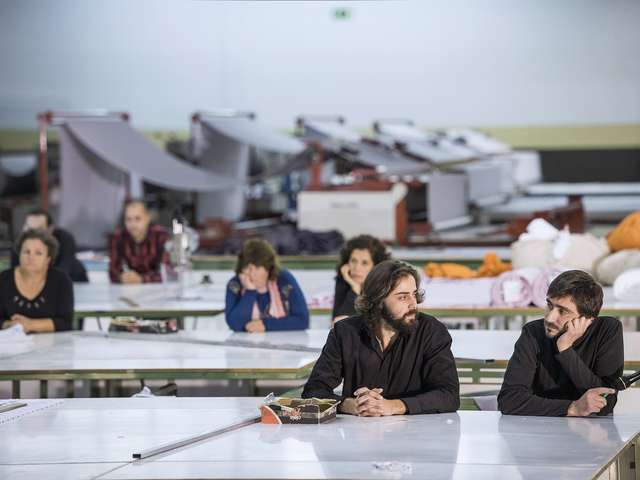 A site-specific performance with unemployed workers, actors and the factory's current workers

It is a performance that takes place in the Lameirinho textile factory, a major industrial plant in the Guimarães region. In recent years the textile industry, a mainstay of Portugal’s economy, had been weakened by cheaper foreign imports, changes to the European Union’s customs regime and weak domestic demand. With the deepest recession for more than thirty years, this particular sector has been amongst those hit hardest by radically decreased output and escalating unemployment figures. 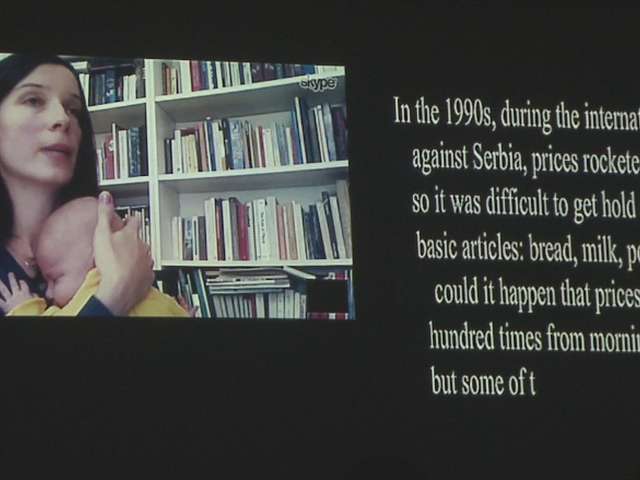 Seven Lucky Episodes Regarding Resistance is live stream video skype performance commissioned by Tanzquartier Vienna for the opening of the 2012/2013 season.

It is a performance in which Sanja Mitrović lulls her new born son, Istok, to sleep. In their home in Brussels, she tells him stories about her childhood in socialist Yugoslavia and her misspent youth during the war-torn 1990s. At the same time in Vienna, live on stage, a typist translates these singular bedtime stories. 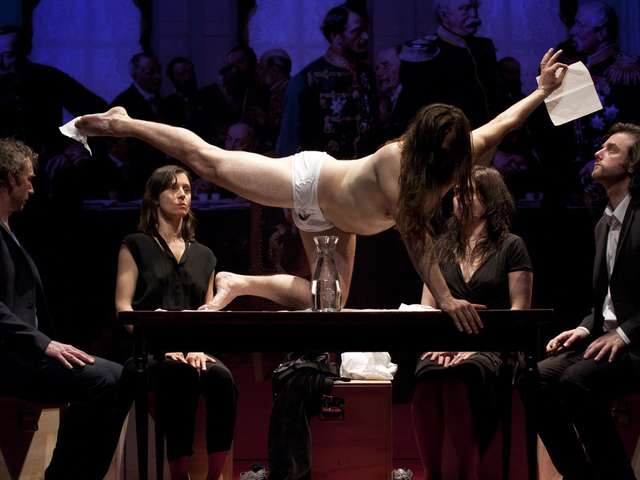 Crash Course Chit Chat is a piece for five performers, representing five European nations: Germany, France, Britain, the Netherlands and Belgium. It is based, on the one hand, on the performers’ testimonies and stories about their homelands, families and personal lives, and, on the other, on historical facts, clichés and prejudices relating to nationality. 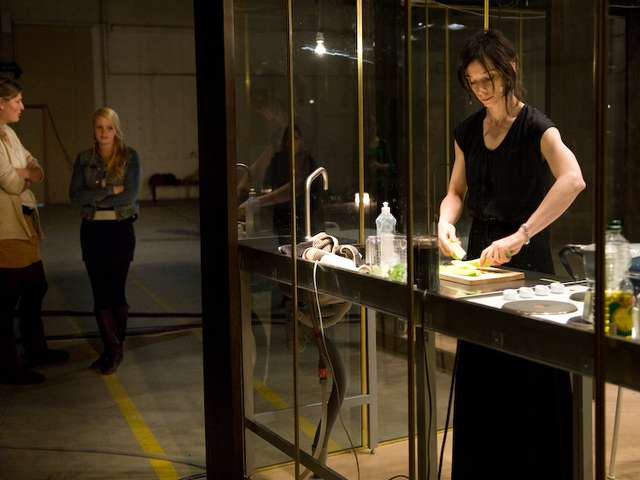 Performance-installation in a glass house

Daydream House is the result of an encounter between theatermaker/performer Sanja Mitrović and architect Laurent Liefooghe. Their work utilises the glass house from Liefooghe’s audio-spatial installation entitled Woonmachine. Developed as an architecture rather then a decor, this construction was conceived at the same time as a “functional” house and a theater-box. This allowed it to serve as the starting point for a new theatre performance based on the docu-tale format which Mitrović has explored in her previous work (Will You Ever Be Happy Again?, 2008 and A Short History of Crying, 2010) 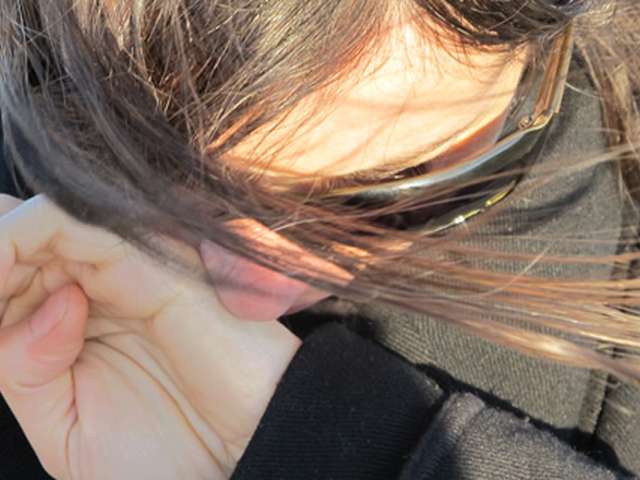 A stand up tragedy

A Short History of Crying is an investigation into the phenomenology of tears that touches upon the themes of memory, emigration and death. 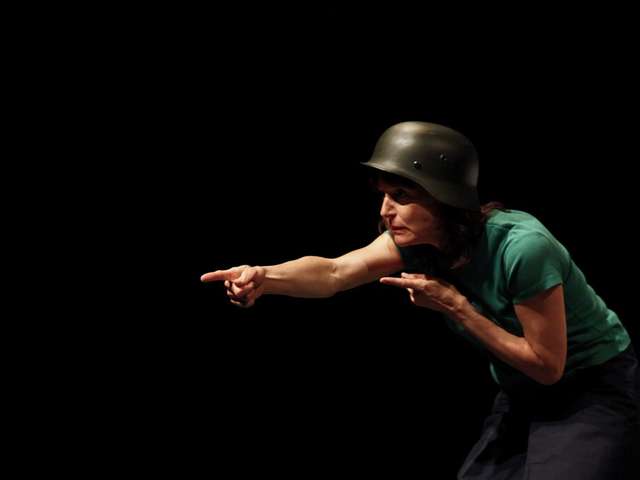 An autobiographical performance with two performers, two carton boxes and one camera

“Are we ever going to be happy again?,” the German population asked themselves at the end of the Second World War. A significant part of the Serbian population is facing the same question in the wake of the new millennium. The Germans called that moment “hour zero”, to symbolize their desire for a fresh start. But this appeared to be an illusion, because one can’t escape one’s own history; one can only hope to survive it. 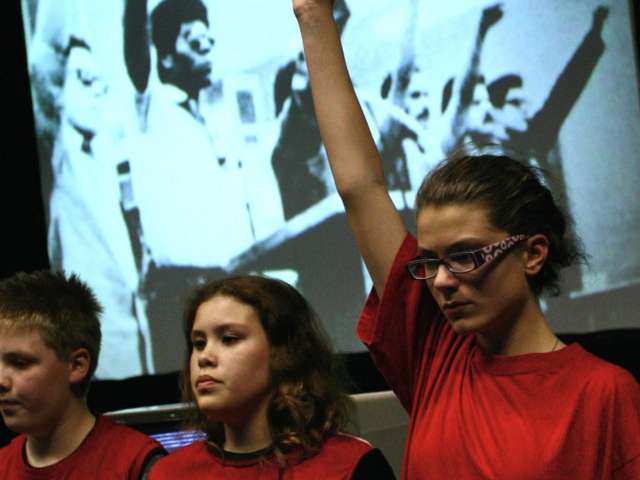 Terrorist karaoke performance with the teenagers

Books once read make a good bullet proofing explores our ideals and beliefs, with all their inherent contradictions and paradoxes. It is inspired by the butt-end of the protest movements of the mid ‘70s, in particular the kidnapping of Patty Hearst by the radical political organization the Symbionese Liberation Army (SLA). 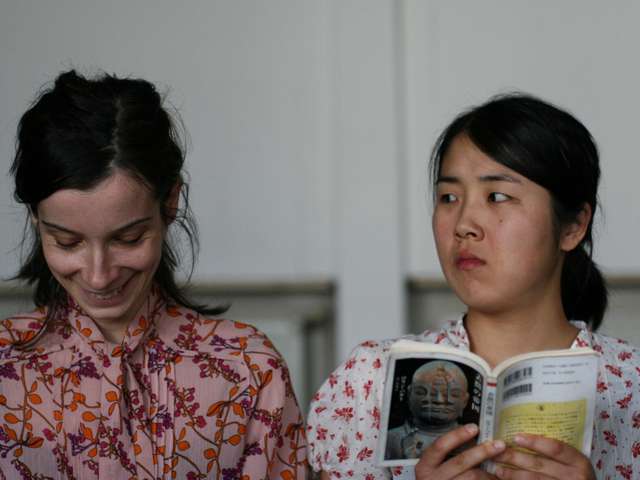 An investigation of the phenomenon of the meeting with japanese dancer

While repeating the first meeting which happened in the theatre space (first rehearsal) during the period of the research, the author questions the basic problem of repetition which brought as the end result the essence of the meeting -  the reality in-between. 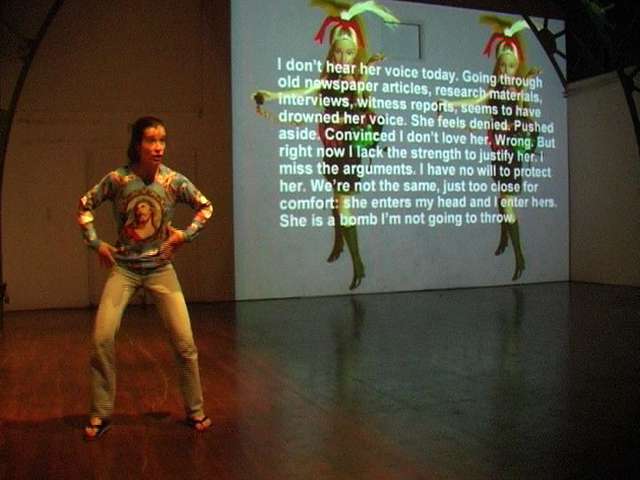 Thenmuli Rajaratnam, a.k.a Dhanu blew herself up at an election rally in Sriperumbuduru, Shri Lanka on 21st of April 1991. The attack killed 70 people and the Indian prime minister Rajiv Gandhi.