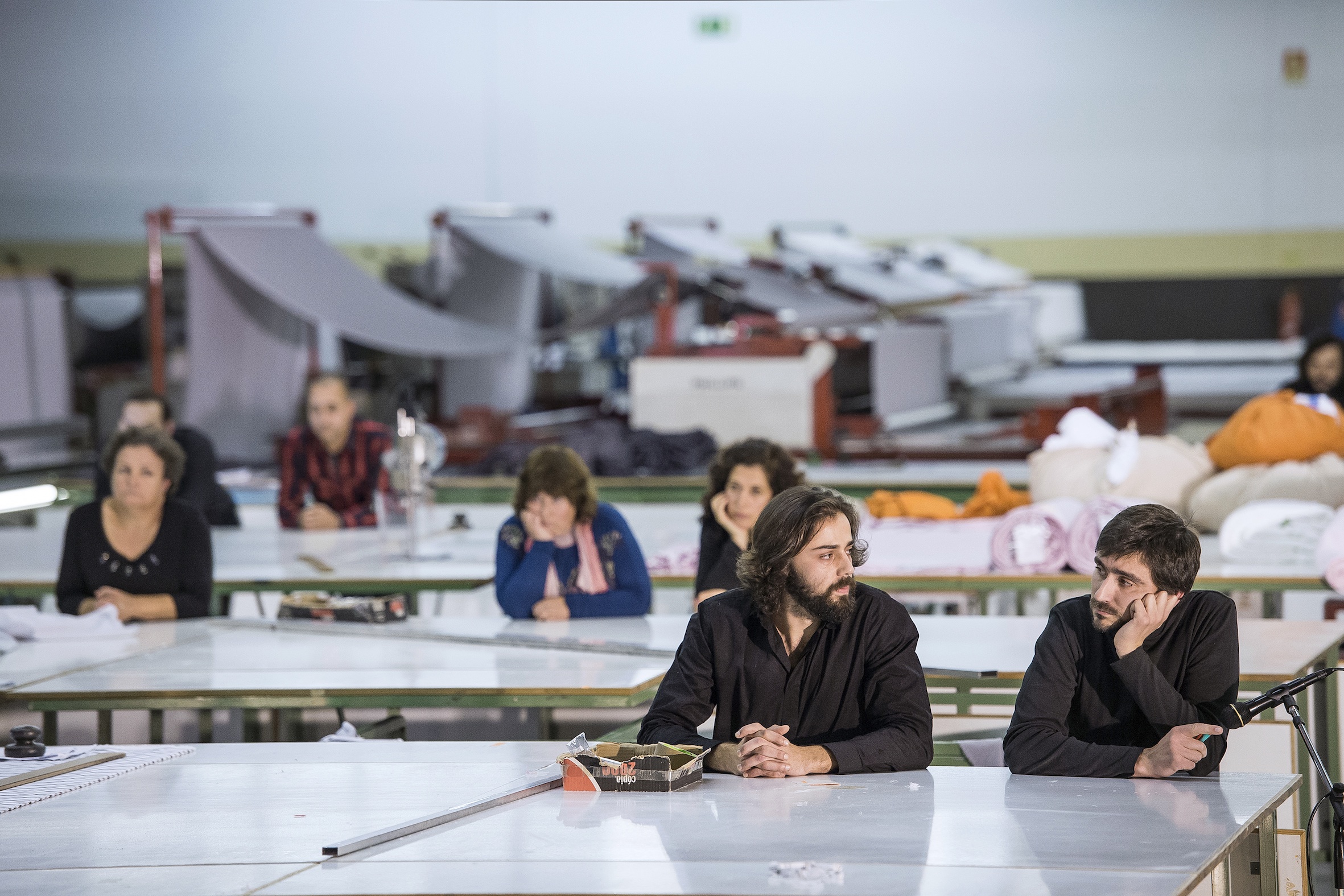 "Reflection on the economy and psychology of unemployment"

A site-specific performance with unemployed workers, actors and the factory's current workers

It is a performance that takes place in the Lameirinho textile factory, a major industrial plant in the Guimarães region. In recent years the textile industry, a mainstay of Portugal’s economy, had been weakened by cheaper foreign imports, changes to the European Union’s customs regime and weak domestic demand. With the deepest recession for more than thirty years, this particular sector has been amongst those hit hardest by radically decreased output and escalating unemployment figures.

The unemployment is one of the acute problems in the Guimarães area, a problem with far-reaching consequences on lives of the entire community. It concerns a largely

manual and unspecialised workforce, the people who have been in their jobs for most of their lives and who have no other skills or alternative sources of income. Out of the blue they find themselves redundant – useless, unnecessary, without purpose, and with no possibility or willingness to retrain. What had seemed certain all their lives is suddenly thrown into question. Psychological effects of this are as devastating as the economic ones. When the government is unable to provide a solution, a growing sense of frustration hinders any attempt at taking back the initiative and reclaiming the control of one’s own life. Can art, as a creative agency, be of use in a situation in which it seems difficult to break out of the viscous circle of unemployment?

The new work by Sanja Mitrović/Stand Up Tall Productions, in collaboration with local Teatro Oficina, brings together five recently unemployed people from the Guimarães area, five Portuguese actors, and of the Lameirinho

factory’s current workers. Everyone Expects to Grow Old But No One Expects to Get Fired is developed from the communal sessions in which these disparate groups socialised, shared stories and compared views on life, work and economy. The actors, alongside other artists, are considered “free spirits” whose existence is unstable but also self-sufficient and resourceful. Their work is symptomatic of the increasingly common modes of production based on immaterial labour and the economies of self-employment, in which the workers don’t have fixed income but have to use their ingenuity to survive from one short-term job to the next. How does their experience compare to those who have been made redundant and who may not posses such finely attuned hand-to-mouth instincts? And if the workers’ predicament is dramatised and played out, by themselves and the others, could such enactments contain a kernel of an educational, therapeutic or empowering potential?

The former and current workers look at these questions through a series of scenarios based on real-life cases and “performed/worked on” together with the actors. Utilising sociological research undertaken by local academics, and methods of improvisation and role-playing as employed in the acting workshops, which nowadays are often part of corporate training courses, Everyone Expects to Grow Old But No One Expects to Get Fired explores the economy and psychology of unemployment, the differentiation of labour and the dramatisation of the lived experience.

All the while, the cycle of production remains unbroken – the performance takes place during the third shift, in the textile printing facility, while in the background the current Lameirinho employees go about their everyday jobs. They are at the same time a part of the performance and separated from it. Like show business, the industrial production must go on. 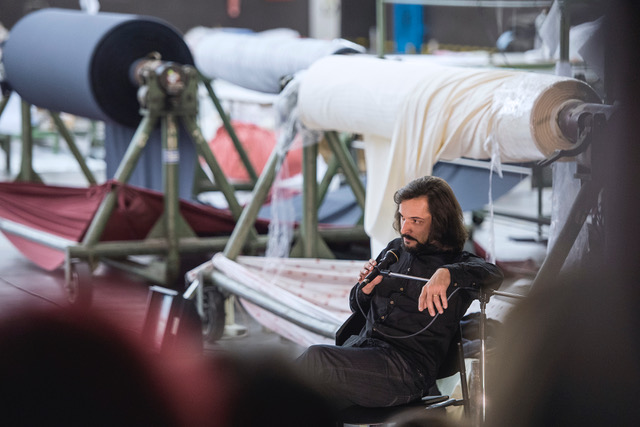 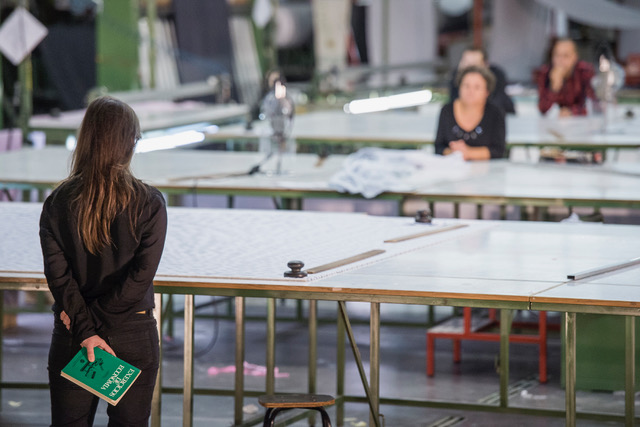 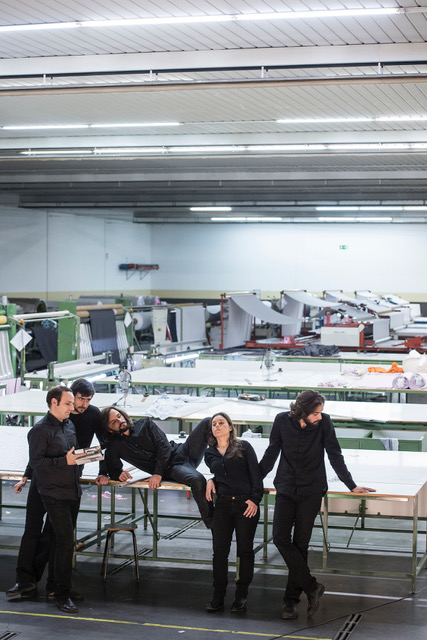