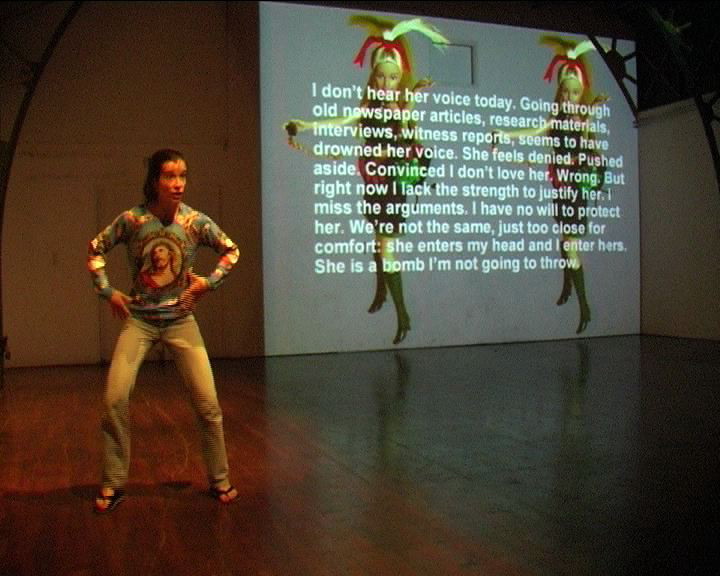 Thenmuli Rajaratnam, a.k.a Dhanu blew herself up at an election rally in Sriperumbuduru, Shri Lanka on 21st of April 1991. The attack killed 70 people and the Indian prime minister Rajiv Gandhi. Solo performance Dhanu doesn’t represent her spectacular suicide attack. It focuses instead on the issues of training and preparation, the very process in which an artist/terrorist attempts to abandon all interests of her own, leaving behind her affairs, her feelings, attachments, belongings, even her own name. For that reason, the movement is depersonalized and imaginary “terrorist” training is being created: the author randomly choose dance sequences from works created and performed by female artist in different contexts whose energy of the performing could be an energy of the potent ional

“women-bomb”. What’s the most potent performer’s weapon? Is it the body or the brain, or – eventually “the heart”?