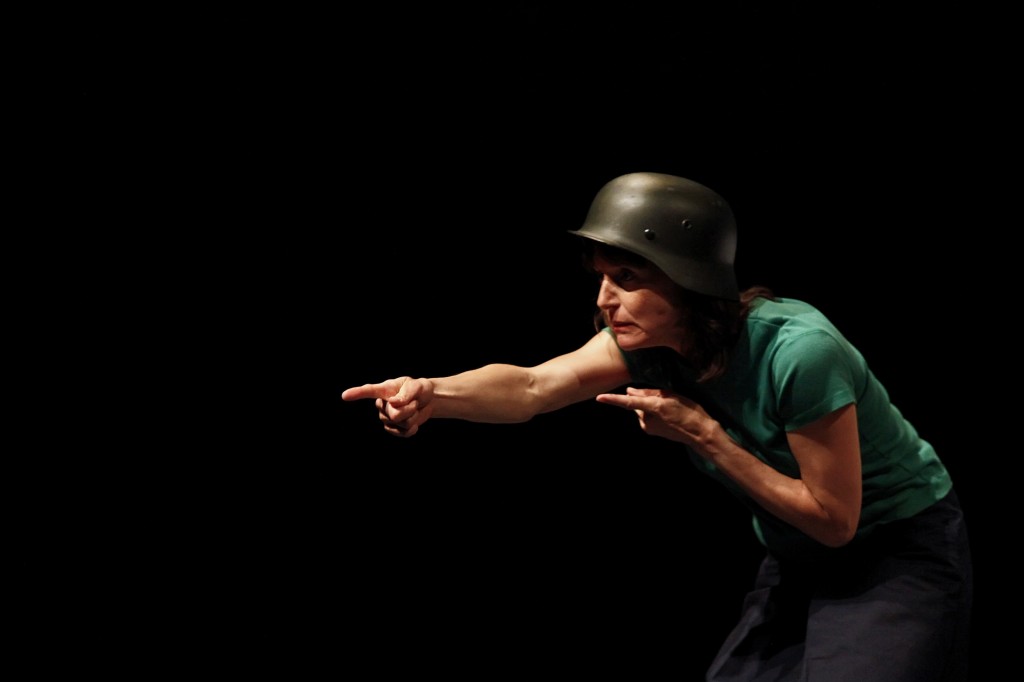 An autobiographical performance with two performers, two carton boxes and one camera

For Will You Ever Be Happy Again?  Sanja Mitrovic got the prestigious BNG Prize for the best young director 2010 (BNG Nieuwe Theatermakers Prijs) given by Theatre Instittut Nederland

Will You Ever Be Happy Again? is a docu-tale for one Serbian, one German performer and two cartoon boxes (in Serbian and German, with subtitles)

“Are we ever going to be happy again?,” the German population asked themselves at the end of the Second World War. A significant part of the Serbian population is facing the same question in the wake of the new millennium. The Germans called that moment “hour zero”, to symbolize their desire for a fresh start. But this appeared to be an illusion, because one can’t escape one’s own history; one can only hope to survive it.

Will You Ever Be Happy Again? is a piece for one Serbian and one German performer. Developed around authentic autobiographical accounts of its performers, Will You Ever Be Happy Again? employs documentary strategies to explore how nationality influences one’s personal identity. This issue has been acutely pertinent to both Serbia and Germany, which, at different points in their national histories, have been perceived in negative terms within the international community.

Will You Ever Be Happy Again? is structured as a succession of performative situations, based, amongst others, on childhood games, primary school classes and sporting events. The performers’ personal and collective memories outline the narratives of good vs. bad, of victim vs. criminal, and how these distinctions can easily be turned upside down. The German performer relates his family memories, the period after the Second World War and the Cold War era. The Serbian performer reflects on her childhood in the 1980s, the ethnic conflicts and disintegration of Former Yugoslavia in the 1990s, and the recent experience of becoming a Dutch citizen. Counter–pointing and mirroring each other’s cultural and historical backgrounds, they attempt to approach the problem of self–representation, the way one looks at the other, and the urge to see oneself through the eyes of another.

Will You Ever Be Happy Again? is poised between documentary material and its theatrical interpretation. Shifting from a straightforward address to allusion to quotation, and relying on an oblique exploitation of historical images and poetic expressions, the work swings from research to a ritual game that creates imaginary parallels between the two countries, repeating History just like History always seems to repeat itself.

Will You Ever Be Happy Again? is based on autobiographical accounts of its performers. The first version with the performer Jochen Stechmann premiered in 2008 and toured internationally. In its new iteration from 2011 it has been adapted and performed with Katja Dreyer.

The result is an intelligent, expressive and artistically unique analysis of the phenomenon of nationalism which transcends the individual experience. Theaterspektakel Festival, 2009.

Performance WILL YOU EVER BE HAPPY AGAIN?  was produced as a part of  the long-term project COMMUNITY OF MEMORY realized by Center for Cultural Decontamination and supported by Erste Foundation, Ministry of Culture Republic of Serbia, Belgrade City Council – Department for Culture. German Embassy and Swiss Embassy in Belgrade.

Many thanks to: Das Arts, Amsterdam & Shady Lane Productions, Glasgow